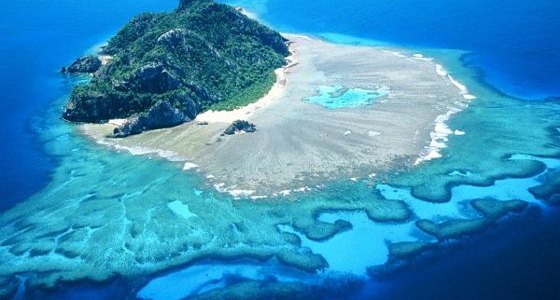 A new video by ‘Windows on the World‘ featuring Organisers, speakers and attendees at the Paris Climate Challenge 2015 event.

The Independent Committee on Geoethics thanks Mark for his involvement and technical support.

Paris – There are two climate conferences going on in Paris this month. One, the 21st Conference of the Parties to the Kyoto Protocol (COP21) attended by about 40,000 people, and the other, The Paris Climate Challenge 2015, attended by about 40 people.

The big conference is conveniently situated next to Europe’s largest private jetport, all the better to bring in the thousands of dignitaries from around the world. How else could they attend without flying in fossil-fuel-powered aircraft? There is no discussion of science at this conference as the science is considered to be settled. Catastrophic human-caused global warming and climate change will be upon us unless we can keep temperature rise below 2 degrees Celsius. The only way to do that is a drastic reduction in fossil fuel consumption with a goal of terminating it altogether as soon as possible. This would eliminate 85 percent of civilization’s energy supply in a world where more that a billion people still have no electricity.

END_OF_DOCUMENT_TOKEN_TO_BE_REPLACED

As the Paris climate talks are drawing close, we will see a rapidly increasing number of sensational news stories based on shoddily researched papers and reports on many climate change issues.

Two such sensational news have come to our attention; one claims that the Monsoon is the “top threat to India’s economy” and future development (http://www.bloomberg.com/news/articles/2015-11-01/climate-change-is-top-threat-to-india-s-economy-modi-aide-says), the other claims that “Climate change threatens 55 million in India’s coastal areas.” (http://m.ndtv.com/india-news/climate-change-threatens-55-million-in-indias-coastal-areas-report-1241649).

As both issues are central to our scientific research, we were deeply shocked to read those stories, which represent typical horror scenarios spread by lobbyists for the purpose of scaring people, and with a total disrespect for scientific observational facts. This makes those two papers not only a disgrace to science but also to geoethical principles.

END_OF_DOCUMENT_TOKEN_TO_BE_REPLACED

To all editors acting as gatekeepers

Over the past several years I have noticed a distressing tendency of highly respected scientific journals to avoid publishing papers that disagree with the IPCC’s concept of Anthropogenic Global Warming/Climate Change. As this notion has been arrived at with very little actual field work, rather relying heavily on computer modeling, I find it difficult to accept as “fact,” most especially in light of the findings of scientists working in the field, observing and collecting real data.To date, the majority of predictions of these models have failed to come to pass.

The Maldives stubbornly refuse to sink under the waves, (N.A. Morner), the ice pack and glaciers in the Arctic and Antarctica are not shrinking, (Nicola Scafetta and Adriano Mazzarella: “The Arctic and Antarctic Sea-Ice Area Index Records versus Measured and Modeled Temperature Data”. Advances in Meteorology, Volume 2015) and, quite contrary to public opinion (hardly acceptable scientific method), the temperature of the Earth has not risen in any statistically significant way in over a decade.

Even this Ben Santer study shows no significant warming trend for the two decades since 1995, as shown by this graph. END_OF_DOCUMENT_TOKEN_TO_BE_REPLACED

Madhav Khandekar (Expert Reviewer 2007 IPCC AR4) has forwarded the short comments below as well as this short video based on his long interview with Michelle Sterling of the FOS (Friends of Science, Calgary) on the new IPCC Chief and on his assessment of Indian/Asian monsoon and its impact on close to 3.5 billion people of south Asia on an annual basis and on the the earth’s climate as a huge jigsaw puzzle which we do not fully understand. The interview was taken in mid-April 2015, long before his plans for a tour to UK and a talk at the House of Commons were finalized.

As seen here, droughts and floods have occurred irregularly for 150 years with NO trend of any kind.

“The earth’s climate is a huge jigsaw puzzle, with many pieces like the annual summer monsoon over India and south Asia, its complex interaction with large-scale atmosphere-ocean features like the ENSO  (El Nino-Southern Oscillation), the PDO (Pacific Decadal Oscillation) &  the NAO (North Atlantic Oscillation) and a host of other features like interaction with global topography, mountain ranges etc. This jigsaw puzzle still remains unsolved with most climate models not being able to simulate many of these processes above. As such, climate models’ projection of future warming of the earth’s climate must be rejected as being unsuitable for climate policy. Reducing human-CO2 emissions now is an expensive and a meaningless exercise and must be avoided. The best and the most cost-effective strategy against future climate change impacts is to develop comprehensive climate adaptation plans”.

In the present debate on climate change — whether it is driven by natural forces or by CO2 increase in the atmosphere — the proponents for a CO2-driven global warming often allow themselves to use methods, neither anchored in science nor geoethical principles. In the book “Planetary Influence on the Sun and the Earth, and a Modern Book-Burning” (Nova Science Publ., 2015) Christopher Monckton has a chapter on “The Thermaggedon Cult strikes again” (p. 135-138) and Nils-Axel Mörner has a note on “These terrible gatekeepers” (p. 128).

Now it has happened again: Philippe Verdier, head of the weather service at France-2, had published a book  called “Climate Investigation”, which made the gatekeepers spring into action. Here is the story:
“Difficult times for Philippe Verdier, head of weather forecasting at France 2. According to L‘Express, he was summoned by the Head of the human resources department of the television channel for an interview leading to his dismissal. This procedure follows Verdier being taken off air on 13 October, after the publication of his controversial book, «Climate Investigation» [Climat Investigation – available on Amazon]

“Contacted this morning by puremedia.com, the management of France Télévisions had no comment to make on the case Philippe Verdier. But according to our information, action is actually being taken against the journalist.

«I await an explanation»
«I haven‘t had a single discussion since the publication of the book. I have not been back to France Télévisions. I was anyway on leave for book promotion. I received a letter telling me not to come back», explained Philippe Verdier to interviewer, Marc-Olivier Fogiel, on October 14, and went on to say that he had no certainty of keeping his job. Philippe Verdier claims, since the beginning of the controversy, that his «freedom of speech» and «the right to information» have been infringed.

The management of France Télévisions has always stood behind «an ethical rule of France Télévision is that personal opinions should not be confused with the company‘s image.» Yet other weather presenters like Jean-Marc Souami (France 3) often take a public stand on political or social issues unmolested. Philippe Verdier recalled that regularly, during interviews with his management, they had been warned of the content of his forthcoming book. “I did not expect support from France Télévisions for the book I wrote independently, but neither did I expect France Télévisions to attack me; I feel hurt (…) indeed sullied”, he explained.

If you have similar experiences, please, let your case heard by leaving a comment below.

On behalf of the ICG steering committee
Rev. Philip Foster

Franco Maranzana: Some comments and ideas on the subject of Geoethics.

Based on sound science practice , Geoethics  has the objective to improve human behaviour on three main issues: two of them facing natural events such as climate changes (1), natural disasters (2), and the third concerning human activities.

1). By far the most important. We are not experiencing climatic changes for the first time. The Earth has witnessed many periodic cycles of dramatic change in temperatures as shown in figure 1.

Figure 1. Schematic Representation of the last eight Glaciations and relative Interglacials, with the introduction of the Global Cooling (GC) and the Global Warming (GW) inclined lines

The colder periods are known in geological sciences as GLACIATIONS, a term also familiar  to the layman, while the warmer periods are called by geologists INTERGLACIALS, certainly more of a professional jargon. The wording “Global Warming” (GW) came about as an usage frequently mentioned  mainly in the last two decades. Although in principle we should use only the terms Glaciations and Interglacials, in effect we can extend the concept of global warming starting at very moment when at the end of the cold period the trend changes towards warmer temperatures, even those occurring much later. By the same token we should also introduce “Global Cooling” (GC), starting at the high of a particular Interglacial and directing towards cooler temperatures, as  sketched in the figure. The extension of the concepts of global warming and the relative global cooling to all the five last glaciations, may indeed constitute a novelty.

END_OF_DOCUMENT_TOKEN_TO_BE_REPLACED

Geir Aaslid: Free speech is needed in the climate debate

Free Speech and climate.
Klimarealistene is the major oppositon in Norway to the IPCC and the Climate crisis industry. This group, which includes many prominent scientists from the Nordic countries, has recently asked for funding from a foundation defending free speech. A small amount was granted but the importance here is the recognition that there is today in Europe a need to defend the right of free speech in the climate debate.

Lack of climate free speech in public space
We find that the media in Norway are almost invariably closed to anyone disagreeing with the IPCC and their supporters, due to complex reasons and that the climate field in very limited extent has had room for the free word in the public sphere. Whereas in the two major EU debates regarding EU enrtry in modern times it was unthinkable with a biased moderator and only YES supporters in the debate panel, this bias is the general rule in the current climate debate. The debate is characterized not by scientific arguments but unscientific authority building and control techniques abound. The main topic can not be discussed publicly – the question of how big the impact of increased CO2 actually is – the most obvious scientific research topic in need of clarification.

END_OF_DOCUMENT_TOKEN_TO_BE_REPLACED

Charles Darwin, Geoethics and the illusion of CO2-driven global warming

Leonardo da Vinci (1452-1519) insisted that we should first read the book of Mother Nature, and only subsequently read books written by man (see p. 144 and 175 in “Planetary Influence on the Sun and the Earth, and a Modern Book-Burning, Nova Sci. Publ., 2015). No one has read the book of Mother Nature better than our honorary president Charles Darwin.  Besides, his words of 1871: “false facts are highly injurious to the progress of science” can stand as a declaration for our new Independent Committee on Geoethics (founded on October 17, 2015, in Prague).

The Origin of Species by means of Natural Selection (Darwin, 1858) – i.e. his theory of a continual evolution of life throughout the Earth’s history – is proven correct by all means. We may even say that those who deny this (i.e. the “creationists”) do not represent science, progress and logics, but simple anti-scientific illusion (Fig. 1).

END_OF_DOCUMENT_TOKEN_TO_BE_REPLACED

The steering committee has been overwhelmed by messages of support from the geoscience community for our initiative in setting up the Independent Committee on Geoethics. We are now calling for papers and comment/analysis articles for inclusion on this website. If you would like to submit an article, please use the contact form
and we will contact you with details on how to format and send your documents to us.

The subject encompasses a wide area, ranging from detailed comment on specific research to general articles concerning the science-policy interface, and the application of geosciences’ output in society, academic and political governance, industry, and the media.

The committee welcomes input from everyone regardless of background or location, and looks forward to moderating lively discussions on the geoethical issues raised by members and contributors.