From Nonsense to Fraud or What? 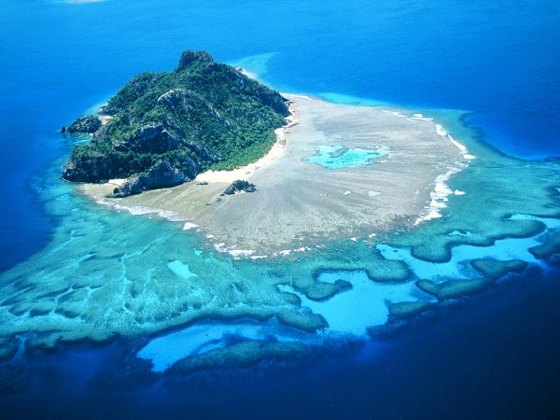 On August 13, President Anote Tong of Kiribati sent a letter to all the world’s governments where he urged for a moratorium for coal mining under the assumption that CO2-emision affects global climate and under the claim that his islands are serious threatened by a rising sea level. He ended his letter by saying that it is a matter of ”moral obligation”.

In Science and Geoethics, we, too, have obligations – and this is to ensure that all claims are based on a solid scientific ground, and are in harmony with physical laws.

This letter demonstrates that the existing tide gauges (ten) “fail to support your idea of a rapidly rising sea level”, and the all over ending conclusion reads:

So, indeed, what you claim with respect to sea level rise and CO2-effects is not founded in facts and physics. This means that it violates both science and geoethics.

If President Tong’s August letter is nonsense, we now come to the Fraud issue.

“I’m not a great one for shouting fraud, but I can’t see that there is any other conclusion that one can draw”(from the blogger Bishop Hill).

Somebody on Kickstarter is trying to raise funds for a film about Kiribati called “ANOTE’S ARK: What if our homeland was swallowed by the sea”.

The promoters claim “Kiribati faces the unstoppable rise of sea level, which will engulf it before wrong. Can these people survive as their country disappears?

Their argument is false (see the Open letter). Still, the promoters have attracted “50 backers” providing a total amount of 25,166 USD (by January 26).

In conclusion, false statements are being used to raise money. Isn’t this what we normally label “fraud”?

For the principles of Science & Geoethics

It is with great sadness that we have to announce the passing of Professor Bob Carter following a sudden heart attack at his home in Townsville Australia.

”One thing is for sure, Bob made the most of every minute he had and was a fighter to the very end”, said Bob’s wife Anne.

We surely understand this in view all the excellent things Bob has said and written through the years – and his great friendship.

The loss of Bob, is a very great loss for Science. Things will not be as they were before.

For his friends all over the world it is a tragedy.

But we have his excellent contributions to science to use as a well of knowledge and understanding – and our memories of a Great Friend.

The Independent Committee on Geoethics is in mourning.

The global climate change (or global warming, GW) is in progress, closely analogously to several other – eventually also much more violent – documented occurrences reported during the long history of the Earth. At present, the demographic expansion – altogether with the ever increasing energy demand – make humankind to be an unprecedented driving factor in the “climate” system. The consequent pollution has certainly to be suitably taken into account as an important aspect in climatology. However, contrary to a well known and often strongly claimed warning, no objective evidence seems to support the hypothesis of any leading role of CO2. Other drivers, which are essentially independent of the humans, certainly play a paramount and most relevant role. The very recent maps of the CO2 planetary distribution provided by the NASA satellite OCO2 give an unexpected clear support for the inferences of a major contribution from sub-surface degassing as further discussed in a recent paper by Gregori (New Concept in Global Tectonics, vol. 3, no. 4, 2015).